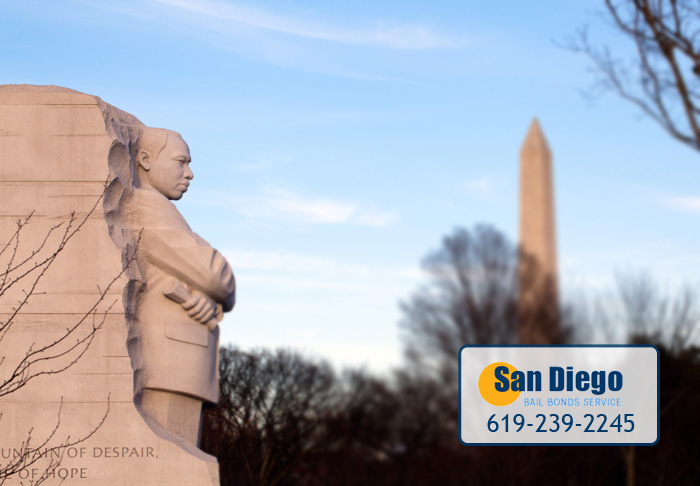 With Martin Luther King Jr. Day here this January 19, let’s reflect on his dreams and goals for the American people, and how his words are still relevant today. This great African-American activist called for peaceful protesting, encouraging his followers to fight and protest for their rights and equality in a non-violent manner.

Fast-forward to today. The last few months America has seen and undergone some of the most intense protesting and racial arguments since MLK’s time. The American people have the right to free speech and assembly, but it must be done in a peaceful manner. Some protestors are very passionate about the cause at hand and some get violent or physical. For those who do not comply with the police, you may get thrown in jail, where you might be asked to post bail in order to leave.

Remember, the police expect protests in major situations and they work with the government and city to allow it and prepare for it. But your right to speech and assembly does not give you the right to retaliate assault and violence (which can be as simple as throwing items at the authorities).

Our team at Chula Vista Bail Bond Store Services encourages all Americans to exercise their rights in a peaceful and safe manner. Remember the words and actions of Dr. King and other honorable activists and leaders. We’d rather not have to bail you out of jail for being overly passionate and opinionated, but if you do need us, we will help you. Call us at 619-239-2245.