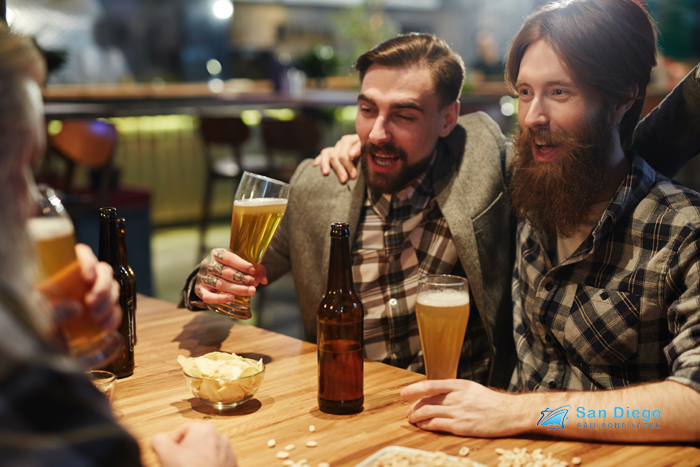 Many people spend the entire year looking forward to St. Patrick’s Day. The holiday is a huge deal in some locations, particularly those that have a large Irish American population.

The great thing about St. Patrick’s Day is that the holiday is basically a 24-hour party. Many bars and restaurants run all sorts of special. Many cities host parades. Sports teams often wear special uniforms and have an assortment of events planned for the holidays.

It’s also a day when many people are arrested for drunk driving. Nothing ruins an otherwise fun day as getting arrested because you made the mistake of sliding behind the wheel after you’ve had to much to drink on St. Patrick’s Day.

The police and court officials don’t care that you simply wanted to have a good time on St. Patrick’s Day. Their main concern is keeping California’s residents safe from drunk drivers.

Getting arrested for drunk driving on St. Patrick’s Day will ruin your immediate future. The judge won’t go lightly on you because you wanted to have a good time and celebrate a saint. If it’s the first time you’ve ever been convicted of drunk driving in California.

If you’re convicted of DUI for a St. Patrick’s Day incident you will be charged with a misdemeanor and could spend up to 6 months in county jail and be ordered to pay a $390-$1000 fine.

The sentencing for subsequent DUIs becomes increasingly more severe. If someone is injured as a result of you driving while intoxicated, you will face additional charges and also likely be named as the defendant in a civil lawsuit.

The best way to avoid being arrested for a DUI on St. Patrick’s Day is making sure you have a designated driver or calling a taxi/rideshare.

What you shouldn’t plan on doing is sleeping it off in your car. While this may seem like a perfectly good idea, if you’re spotted getting into your car after you’ve had too much to drink, there’s a chance an officer will decide that you intended to drive and arrest you. While a conviction for the intent to drive while intoxicated isn’t nearly as serious as an actual DUI, it’s still intense. The rule of thumb for an intent to drive while intoxicated conviction is that the sentence is half of what you would get if you were charged with an actual DUI. So instead of serving 6 months in jail, the judge could sentence you to three months and/or charge you a $195-$500 fine.

dui bail bonds, fast bail service in san diego, how to avoid a dui on st patricks day, low income bail bonds in san diego, what are the consequences of a dui in california, what is a dui