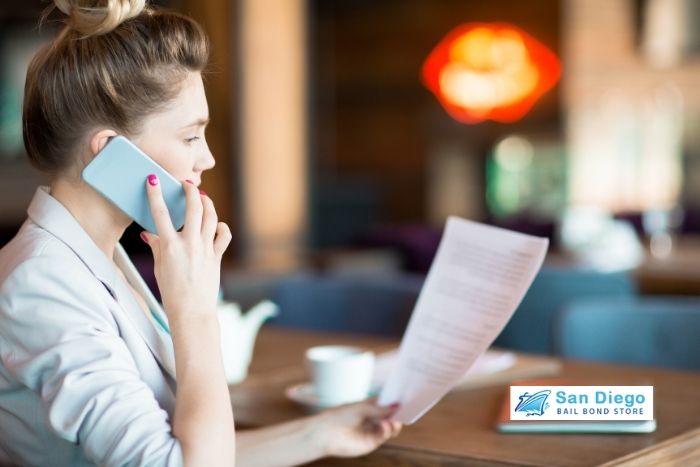 No one creates a budget that includes the possibility of bail. That means that you’re not financially prepared when you get arrested. Not only do you not have the necessary funds set aside, but you’re also going to want to use any extra money you do have set aside to finance your defense.

The problem is you also don’t want to sit in jail for any longer than is necessary.

Bail Bonds in National City has the solution. In exchange for a fee that adds up to 10% of the bail the court has demanded, we’ll provide you with a bail bond. Once we post the bail bond, you’ll be released from jail and allowed to rejoin your loved ones.

We understand that even 10% can be a lot of money, particularly if your bail is high. We’ve created a program that we think will help. Many of the people who contact us about a California bail bond are pleased to learn that they qualify for our payment plan. This is a program that we customize for each client that enables you to make easy payments.

You’ll be pleased to know that, unlike your credit card company, we don’t charge interest. Once you’ve completed making payments, you’ll have only paid 10% of your total bail bond. Wouldn’t it be great if other businesses offer the same type of deal?

A zero interest bail bond in California is just one of the reasons you should turn to Bail Bonds in National City when you find yourself in need of bail money. Additional reasons include:

Bail Bonds in National City is a mainstay in the community. We’ve spent the past three decades writing bail bonds for people just like yourself. When you contact us, you can rest assured that you’re dealing with a business that knows the industry inside and out, will act quickly to get you released from jail as soon as possible, and that we will always honor their word.

You don’t have to commit to Bail Bonds in National City right away. We want you to be comfortable with your decision which is why we urge you to take advantage of a free consultation with one of our bail bonds experts. They’ll explain exactly how our zero-interest bail bond system works.