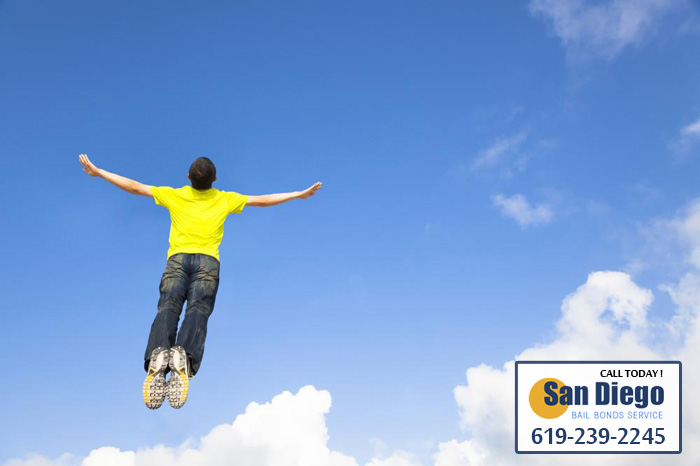 Getting arrested can be a terrifying experience. No one wants to sit handcuffed in the back of a police car, on their way to jail. No matter how short the drive really is, it could be one of the longest rides of your life. Worst of all, after the ride in the police car, you are then put into a jail cell. Once in the cell, you may not be alone, but you’ll wish you were.

No one wants a friend or family member to experience that scenario, but sometimes it happens. It can’t always be prevented, but it can be over quickly. If a loved one is arrested, call San Diego Bail Bond Store Service right away. Our bail agents are the best in California and will work quickly to get your loved one out of jail and back home where he or she belongs.

San Diego Bail Bond Store Service has been serving the citizens of California since 1987. That’s 27 years of experience in helping people out of their tough situations. No other bail bonds company in the state can make bailing someone out of jail as easy and quick as San Diego Bail Bond Store Service does. We strive to provide all of our clients with the best service available.

Everyone understands how intimidating jails can be. They are concentrated centers of violence that are typically over filled with criminals. No one wants to be in jail, and our bail bondsmen get that. They will work with you to get your loved one out of jail as quickly as they can.

Not only will our bail agents make sure to get your loved one out quickly, they’ll make sure you can afford it. Our bail bondsmen will work with you to set up an affordable payment plan. We at San Diego Bail Bond Store Service want to help you and your loved ones during your difficult time. We aren’t here to try and make it worse like some of our competitors might.