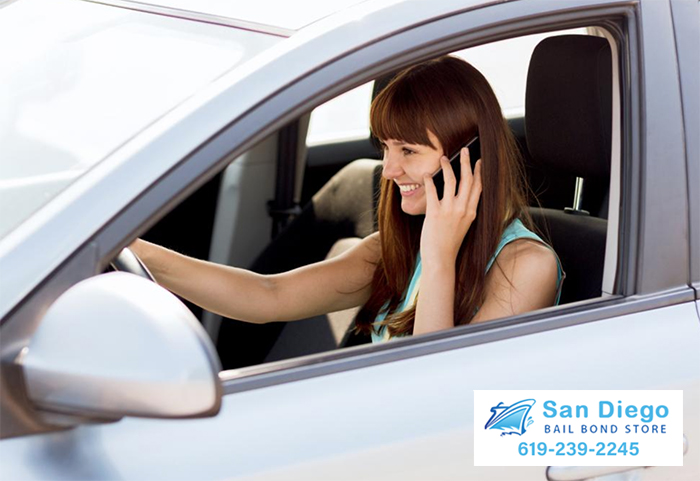 28 Oct What Counts as Distracted Driving?

Pretty much every driver out there is aware of that the fact they should not drive while distracted. Some of the worst culprits for causing distractions behind the wheel, are smart phones. These amazingly useful handheld devices allow a person to access the internet and everything held within it. Unfortunately, that is a very dangerous thing to do while driving.

Distracted driving can be deadly, which is why it is illegal here in California. Unfortunately, despite knowing this, many drivers are still very guilty of putting themselves at risk by driving while distracted.

As far as California law is concerned, there are two different ways that a person can get into trouble for distracted driving. How a person is charged is dependent on what activity they were performing when they should have been focusing on the road in front of them.

California Vehicle Code (VC) 23123 is the state’s cellphone and handheld device use while driving law. This law makes it illegal for anyone to use a cellphone, or other handheld electronic device, for any reason while driving. However, there are a few exceptions to this law:

VC 23124 is similar to the above law, but is directed at minors, anyone under the age of 18. This law states that any driver under the age of 18 is never allowed to use a cellphone or handheld device while driving, regardless if it is in a hands-free mode or not.

VC 23103 is the state’s law surrounding reckless driving. This law makes it illegal for a person to drive on any road or parking area with wanton disregard for the safety of people or property. Law enforcement officers can sometimes use this law as another way to charge a driver with distracted driving. While the state’s distracted driving law only mentions driving with cellphones, distracted driving can mean all sorts of different activities.

Some acts that can be distracting while driving include:

All of these activities detract from a driver’s focus on the road, thereby making them dangerous to do while behind the wheel.

Penalties for Distracted Driving in California

The legal penalties a driver can face for distracted driving vary depending on the law they have been charged with and how severe the incident was. For instance, a person accused of VC23123 will only face infraction level charges. This means the driver won’t face any jail time, but will have to deal with a $20 ticket for a first time offense, and a $50 ticket for any subsequent offenses.

If a minor is caught breaking VC 23124, they will face the same fines as an adult would.

The Dangers of Distracted Driving

On top of distracted driving being incredibly risky, it can also get a person into legal trouble. Who would want to get a ticket, or face possible jail time, just because they were eating or applying makeup behind the wheel of a vehicle? A driver needs to focus primarily on driving and getting to their destination safely.

What do you think of California’s different approaches to distracted driving? Are the laws and how they are applied fair, or do you think they need to be readjusted? Let us know what you think in the comments down below.