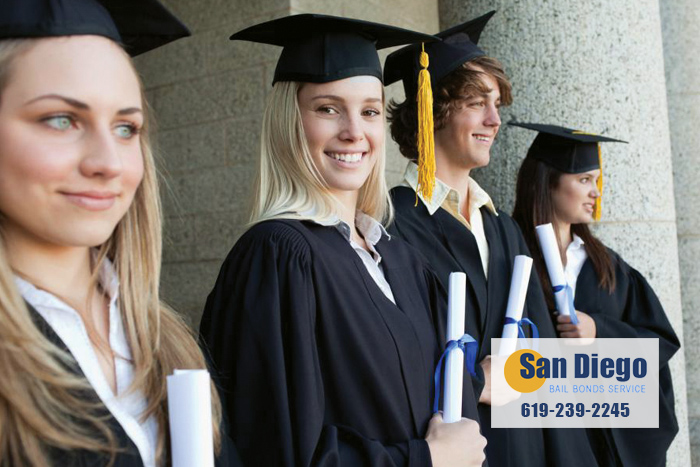 It’s graduation season! Don’t be surprised to see your now grown-up child going off to nightly parties with friends. He or she is ready to enter the “real world” and just wants to celebrate this huge milestone.

But as always, just remind them to be safe while having as much fun as they can. The police won’t always be so forgiving even for an occasion this happy. The police mean to keep the public safe, even the partiers. And if that means being arrested, so be it. It’s hard to see it that way when you’re the one being arrested, but remember the bigger reason: to remind you to be safe. Getting arrested is better than landing in the hospital for a serious injury.

So parents and newly-graduated adults, find your perfect balance of safety and fun partying! We don’t want your party to stop because of poor judgment. But, if you or your child gets arrested, Bail Bond Store Services in Vista is available to help bail out of jail.

Don’t waste your time with other bail agencies, call Bail Bond Store Services in Vista for real help at 619-239-2245.